Created in 1991, the Department of Radiation Oncology of the University of Toronto is a relative newcomer to the Faculty of Medicine, but its origins can be traced back to the years following the discovery of X-rays in 1895 and radium in 1898.

Like physicians elsewhere, members of the University of Toronto Faculty of Medicine were excited by the therapeutic possibilities of these newly discovered sources of ionizing radiation. Among those interested was Dr. G. Sterling Ryerson, Professor of Ophthalmology and Otology, who contributed many articles to the Canadian medical literature on the uses of radium.

After World War 1, burgeoning knowledge in the medical uses of radiation led to the need to recognize radiology as a unique academic discipline within the university, and accordingly the Department of Radiology was established in 1919 with Gordon Richards as head.

During the tenure of Dr. Richards, the field of radiology encompassed both diagnostic and therapeutic aspects, but radiotherapy was given special emphasis because of Richards’ personal interest in the area. In 1933 the department moved from quarters in the Toronto General Hospital to the Dunlap Building on University Avenue. At this location the Ontario government sponsored an “Institute of Radiotherapy” (one of three in the province) to provide patient care and carry out radiotherapy research.

At the Dunlap building, Richards made many important contributions to radiotherapy. With gynecologist WG Cosbie, he organized a multidisciplinary gyne-oncology service which stands as a model for collaborative care to this day. Richards fostered a spirit of inquiry which included studies of the outcomes of radiotherapy for different sites and novel technological approaches. His incisive mind had an enduring influence on many talented trainees who became leaders in radiotherapy, among whom were Clifford Ash, first director of the Ontario Cancer Institute, Allan Blair, director of Saskatchewan cancer services, and Vera Peters, who published landmark papers on Hodgkins’ disease and breast cancer.

After Richard’s death in 1949, the stewardship of radiotherapy in Toronto fell to Cliford Ash, whose major accomplishment was the recruitment of Harold Johns in 1956 to head the physics division of the Ontario Cancer Institute. Johns was an internationally renowned physicist who had invented cobalt teletherapy during his tenure at the University of Saskatchewan. In Toronto, Johns fostered fruitful cooperation between clinicians and physicists which led to such technical innovations as the four-field “box” treatment for cancer of the cervix, a remote afterloading system for brachytherapy, and computerized treatment planning. His lectures to medical trainees became the foundation of a classic textbook, “The Physics of Radiology."

In 1958, the home of academic radiotherapy in Toronto moved from the Dunlap Building to the newly opened Princess Margaret Hospital on Sherbourne Street. During the 1960s and 70s the department expanded its staff to include a dynamic group of iconoclastic individuals characterized by intellectual curiosity, clinical excellence, and teamwork. Building on the tradition of Richards and Peters, the emphasis lay on examining the natural history of disease and the patterns of failure after treatment, and translational radiobiology and biophysics research. Led by Raymond Bush and Bill Rider, the constellation of talent at the PMH in the 1970s produced a series of remarkable contributions to the development of radiation oncology. As a result, PMH acquired an international reputation and attracted trainees from around the world. The comprehensive training program developed by Dr. John Simpson in conjunction with the Royal College ensured that the brightest and best Canadian graduates were attracted to the field. In 1995 the PMH relocated to a new building on University Avenue. 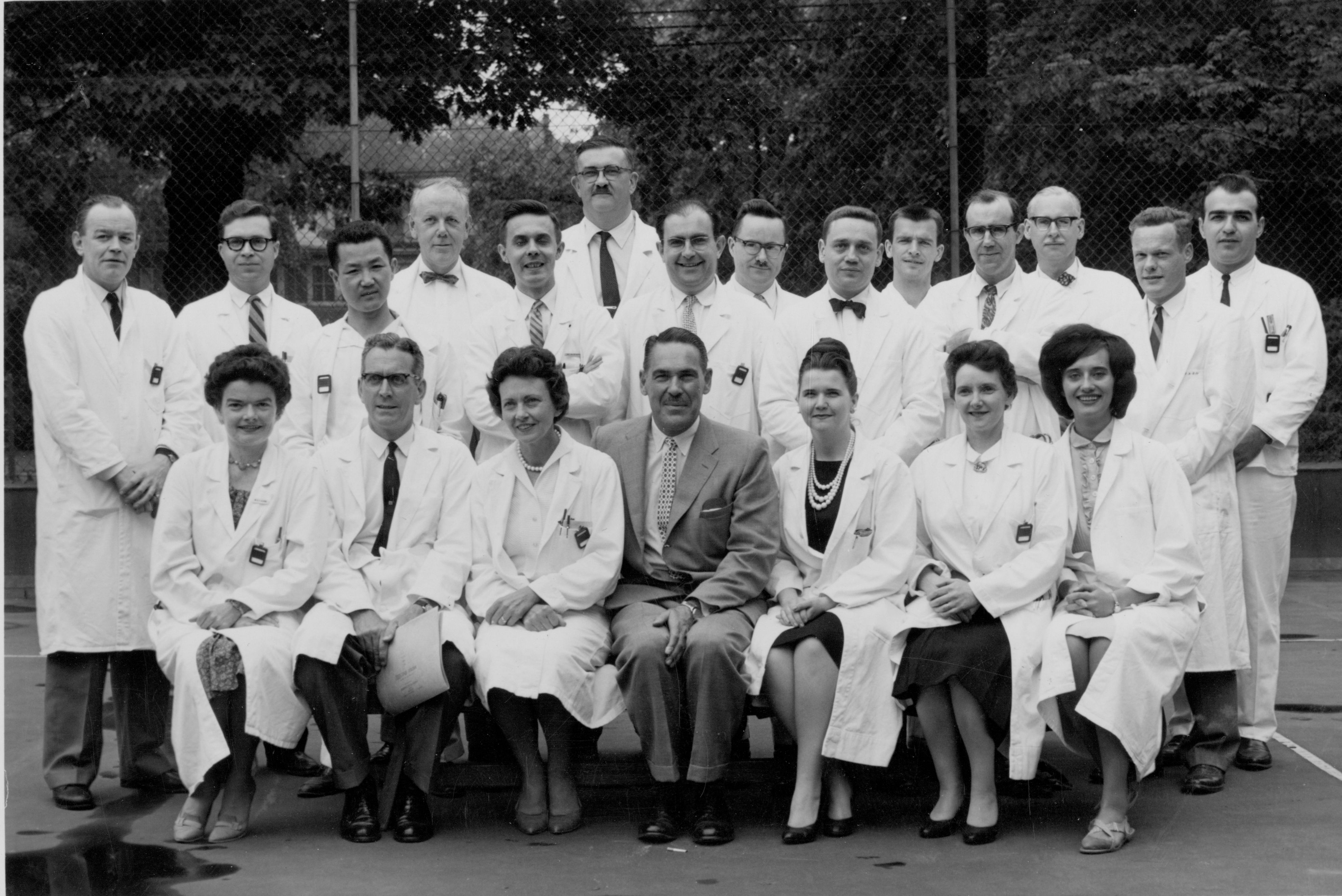 By the late 1970s, there was recognition of the need for a second radiotherapy centre in Toronto to serve its expanding population. Therefore in 1982, the Toronto Bayview (now Sunnybrook) Regional Cancer Centre opened. The director of this new clinic was Dr. Derek Jenkin, one of the few radiation oncologist in Canada to hold a dual certification in paediatrics and radiation oncology, who made many contributions to the development of paediatric oncology. At the Bayiew site a full range of academic activities has been pursued by members of the DRO.

Radiation oncology had been recognized as a separate specialty of medicine in Canada since the late 1940s, but at U of T the discipline remained under the aegis of the Department of Radiology. In the 1980s it became apparent that the academic interests of radiation oncology were sufficiently different to warrant creation of a separate university department. A major obstacle to the establishment of a new university department was overcome when in July 1990 the Minister of Health (Elinor Caplan MPP) wrote to Dean Dr. John Dirks approving annual funding assistance for the establishment of a DRO.

Accordingly in October 1991 the Governing Council of U of T approved the formation of the DRO, and Bernard J. Cummings was appointed first chair. The creation of the DRO was only made possible by the concerted efforts of the University, the Ministry of Health, the Ontario Cancer Institute/Princess Margaret Hospital, the Ontario Cancer Treatment and Research Foundation, and the radiation oncology profession.

Under Dr. Cummings leadership, the Department grew in size and diversity. It includes scholars form numerous professional groups including radiation oncologists, medical physicists, radiation therapists, educators and scientists contributing to the field of radiation medicine. After the two terms as Chair, Dr. Cummings stepped down and resumed academic practice and Mary Gospodarowicz assumed the position of Department Chair in July 2001.

Fei-Fei Liu is the current Department Chair, and began her tenure in July 2012. At the Department's 25th anniversary, and the begining of her second term, Fei-Fei Liu met with Mary Gospodarowicz and Bernard Cummings to talk about the Department's accomplishments and future plans. The video of this discussion is below.