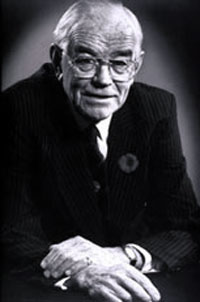 Bill Rider, as he was known to his friends and colleagues, obtained his MB ChB from the University of Edinburgh in 1945. Following service in Europe and the Middle East, he undertook postgraduate training in radiation oncology in Edinburgh. Shortly after he was appointed consultant radiation oncologist at the Royal Infirmary, Edinburgh, he was recruited in 1956 to join the staff of the Ontario Institute of Radiotherapy at the Toronto General Hospital, the precursor of the Ontario Cancer Institute and Princess Margaret Hospital, where he served until his retirement. His ongoing association and enthusiastic collaboration with basic scientists contributed to the early understanding of radiobiology and the pathophysiology of radiation, and laid the foundation of many of the innovative clinical approaches and technical developments which put the OCI/PMH at the forefront of radiation oncology internationally. In awarding him the ASTRO Gold Medal in 1986, The American Society of Therapeutic Radiation and Oncology recognized and acknowledged the many contributions of Dr. Rider to the specialty.